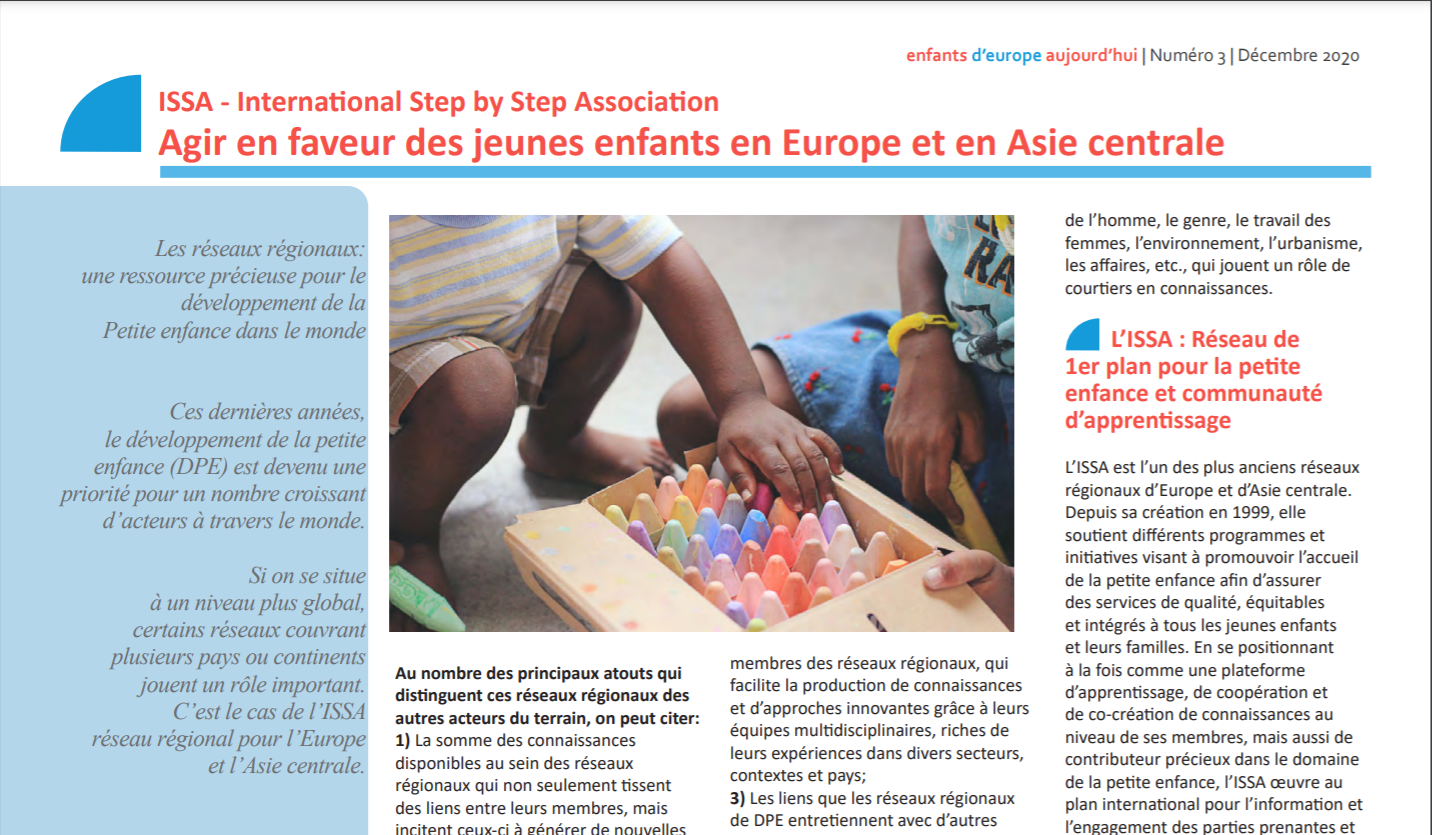 We are happy to see our article introducing ISSA and its focus on equity included in the latest edition of the Children in Europe Today magazine – Issue 3, including the French version, Enfants d’Europe aujourd’hui, published by ISSA Member, Le Furet.

Published in eight European countries and available in seven languages (see five of them below), Children in Europe Today is a project between eight European countries with a common mission: to promote diversity and best practices in early childhood among professionals, policy makers and interest groups from across Europe. The magazine reaches a large number of practitioners in participating countries.

With an introduction recognizing the benefit that regional and international networks bring to early childhood, the article introduces ISSA as the early childhood network for Europe and Central Asia, that develops, through its Members, a range of initiatives in support of refugee and Roma children across Europe, such as REYN  and TOY for Inclusion.

We are proud to see that an article by Jeroen Aarssen, Senior Education Consultant at CPS, the Netherlands, and ISSA Board Secretary is also included in this edition.

For more information about Children in Europe Today and to access this latest edition visit: