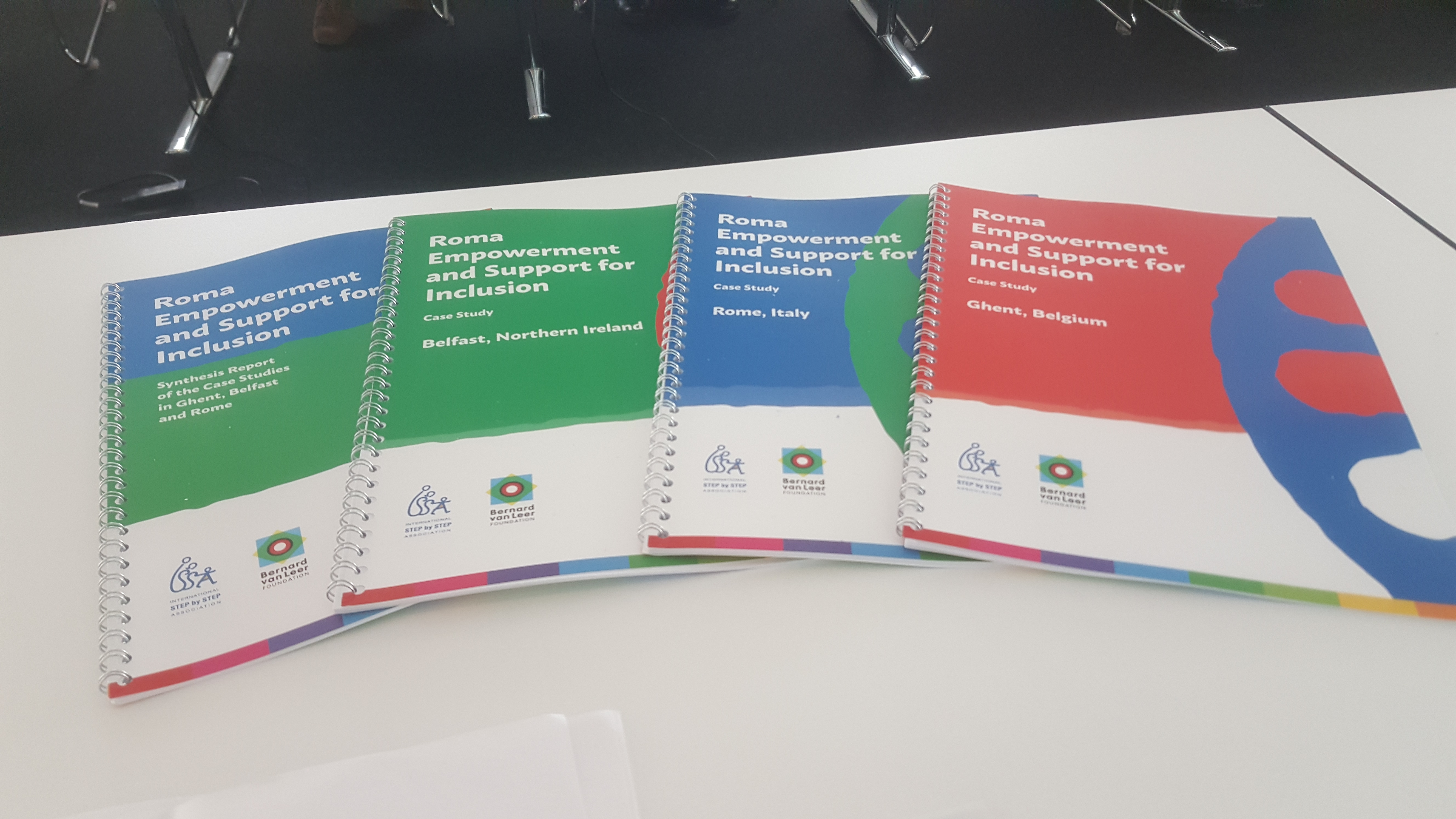 Roma empowerment and support for early childhood inclusion were the core topics during the roundtable meeting in Brussels hosted by ISSA and Bernard van Leer Foundation. The event brought together implementing organizations, leading European foundations and representatives of the European Commission concerned with Roma inclusion and was aimed at discussing policy recommendations for EU institutions, donors and governments to better support the inclusion of young Romani children and their families. The meeting, which concluded four two-year projects in Belfast, Ghent and Rome, focused on Lessons learned, steps to make in achieving inclusion of Roma young children and families. The projects funded by the Bernard van Leer Foundation, have been supported by ISSA through site visits, capacity building and networking activities, which bridged experiences in Eastern and Western Europe around Roma inclusion. Building on case studies resulting from the projects, participants in the roundtable discussed recommendations for policy and practice that are crucial for the next period and beyond 2020. The issues discussed were based on a comprehensive approach towards the early years promoted by ISSA, thus ranging across topics like: political will and financing, the status of and support for the role of mediators, parenting support as a key to inclusion, as well as integrated and aligned approaches in the inclusion of young Roma children and their families. Using the examples from the three cities, ISSA illustrated the pivotal role of the commitment of the local government and inclusive policies (Ghent), the importance of addressing holistically the full range of the child’s and family’s needs and of combating discrimination and segregation (Rome), as well as the impact of small-scale initiatives focusing on Romani community empowerment (Belfast). J. Leonardo Yánez, Senior Representative for Peru and Brazil/the Bernard van Leer Foundation, highlighted similarities between Roma and other groups from around the world which face extreme poverty and social exclusion. ISSA’s Director, Liana Ghent, urged partners to continue to strengthen alliances: “More inter-sectoral cooperation is needed, on the political and operational level. We need to join our efforts for the empowerment of Romani actors and the inclusion of young children.” For more information, contact Dr. Mihaela Ionescu, Program Director/ISSA, mionescu@issa.nl.