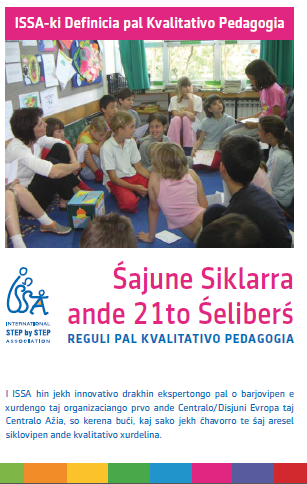 If you don’t find good teachers, make them

Recently covers of The Economist magazine have been typically powerful. Brexit, US presidential candidates, China’s leader, the war in Syria, Europe’s threat from terrorism, North Korea’s nuclear program, freedom of speech and… how to make a good teacher, to name just a few. The issue published on 11th June 2016 present a child’s drawing of a chemistry teacher; it was really intriguing image among the beautiful and highly-designed covers typical for one of the world’s best-selling magazines. In the article "How to make a good teacher”, the magazine portrays situation quite clearly. Teaching competences are not something you either have or don’t have, there is rigorous science in pedagogy; it confirms that all teachers can become great. The Economist uses an example of sports coaches, who help athletes of all abilities to improve their personal bests. Talent helps, but many studies, as well as anecdotes, show that there is a lot of hard work behind success. At ISSA, we advocate that quality services should be accessible to all children, including the most vulnerable. As many children from Romani and Traveller communities, from refugee families and children growing up in economic scarcity, face difficulties in benefitting of quality early childhood education and care, societies are losing-out socially as well as economically. Even if quality costs little more, it is still a good investment, economists say. And while much of the investments goes into school infrastructure, evidence shows that it is the quality of the teacher that matters most. Recently, we have translated the ISSA’s Principles of Quality Pedagogy into two Romani language dialects. The Principles cover the seven key areas of quality practices that define a child–centered, democratic and inclusive approaches in preschool and primary schools programs. So now, those who speak Romani (professionals, para-professionals, parents), and don’t speak English, French, Russian or Spanish can read about the profile of a competent teacher as defined by key principles and quality indicators structured around the following focus areas: Interaction (Interakcie); Family and Community (Familia taj Kommuna); Inclusion, Diversity and Values of Democracy (Integracia, Averakanipen taj Kućipena e Demokraciake); Assessment and Planning (Kućaripen taj Planisaripen); Teaching Strategies (Siklaripnaski Strategia); Learning Environment (E Siklovipnasko Paśalipen); and Professional Development (Profesionalo Barjovipen). With the existing diversity among Romani dialects, using Romani language at an international level is quite challenging. But should we ignore the language only because it is challenging to use and do not take the advantage of cultivating discussions around quality services by proposing resources in Romani? Within ISSA’s Romani Early Years Network (REYN) we bring together Romani, Traveller and other practitioners working with Romani and Traveller children. They do not speak the same language, but they share the same beliefs and values as promoted in REYN’s Manifesto. For those of them who speak Romani, having access to resources in Romani is a great asset. When prime minister of Canada was asked why he was aiming for gender balance in his cabinet, he responded by stating that it was 2015. For Justin Trudeau, the date was reason enough. For ISSA, this serves as a simple response to the question of why we translated the ISSA Principles of Quality Pedagogy into Romani: because we can and because we should. In this way we hope that they will be used in practice, but the symbolic meaning is also extremely important. In the ISSA Principles of Quality Pedagogy, we say that “Each child is to be perceived as an active participant in the educational process, as an individual, and as an equal member of the community and larger society.” We want to lead by example.