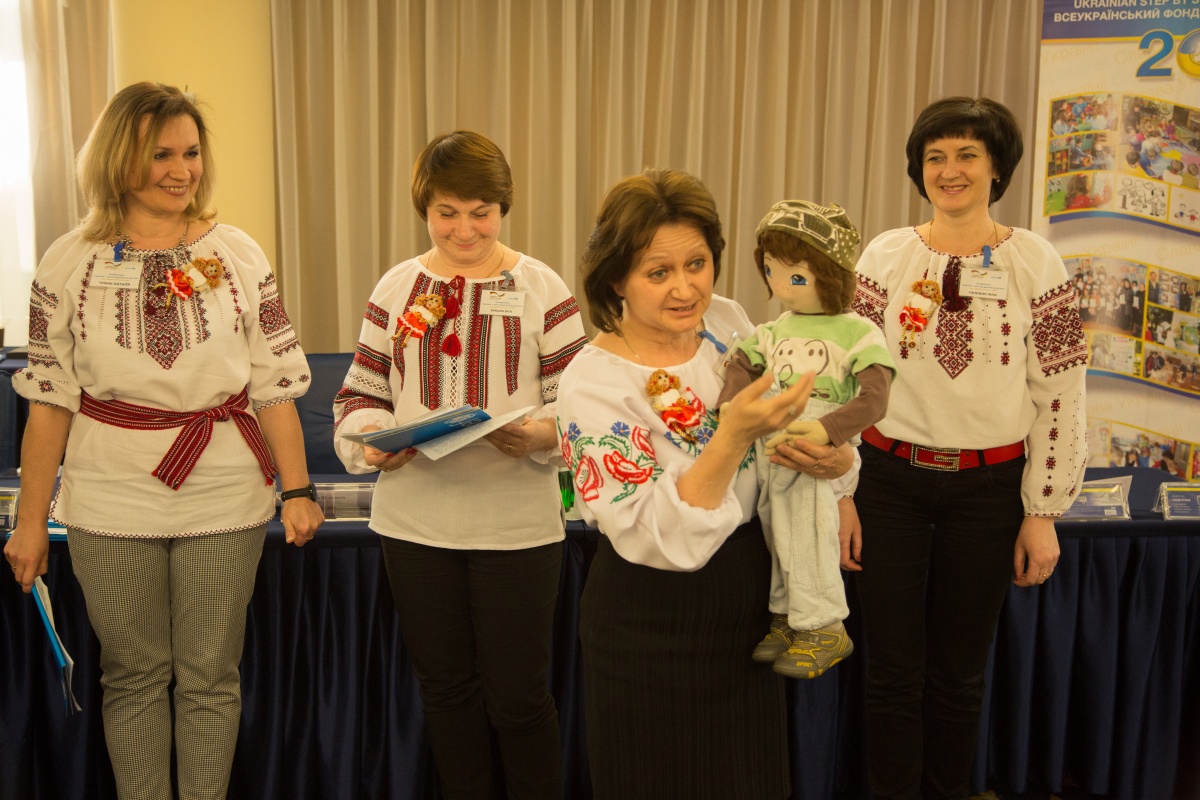 The Ukrainian Step by Step Foundation (USSF) and UNICEF present the results of their project “Kindergarten – environment friendly to a child”. Over 2500 pedagogues working with children in war zones were trained.

War and crisis, led to the displacement of large numbers of people and to worsening social and economic conditions in Ukraine. In the period December 2016-April 2017, the “Kindergarten – environment friendly to a child” project supported quality pre-school education in five regions impacted by the war: Dnipropetrovsk, Kharkiv, Zaporizhya, Donetsk and Luhansk. The project shared knowledge and trained pre-school pedagogues and parents on the newest early child developments with the aim to improve the dialogue between parents, teachers and the administration of pre-schools.

USSF hosted a conference to present the results of the project results on April 20-21, 2017 in Kyiv, Ukraine.

More than 90 people took part in the conference. Those include pre-school educators, parents, representatives of the Ministry of Education and Science, UNICEF,

Besides the results of the project, other issues were discussed at the event:

The conference was supported by UNICEF and by the Ministry of Education and Sciences of Ukraine.