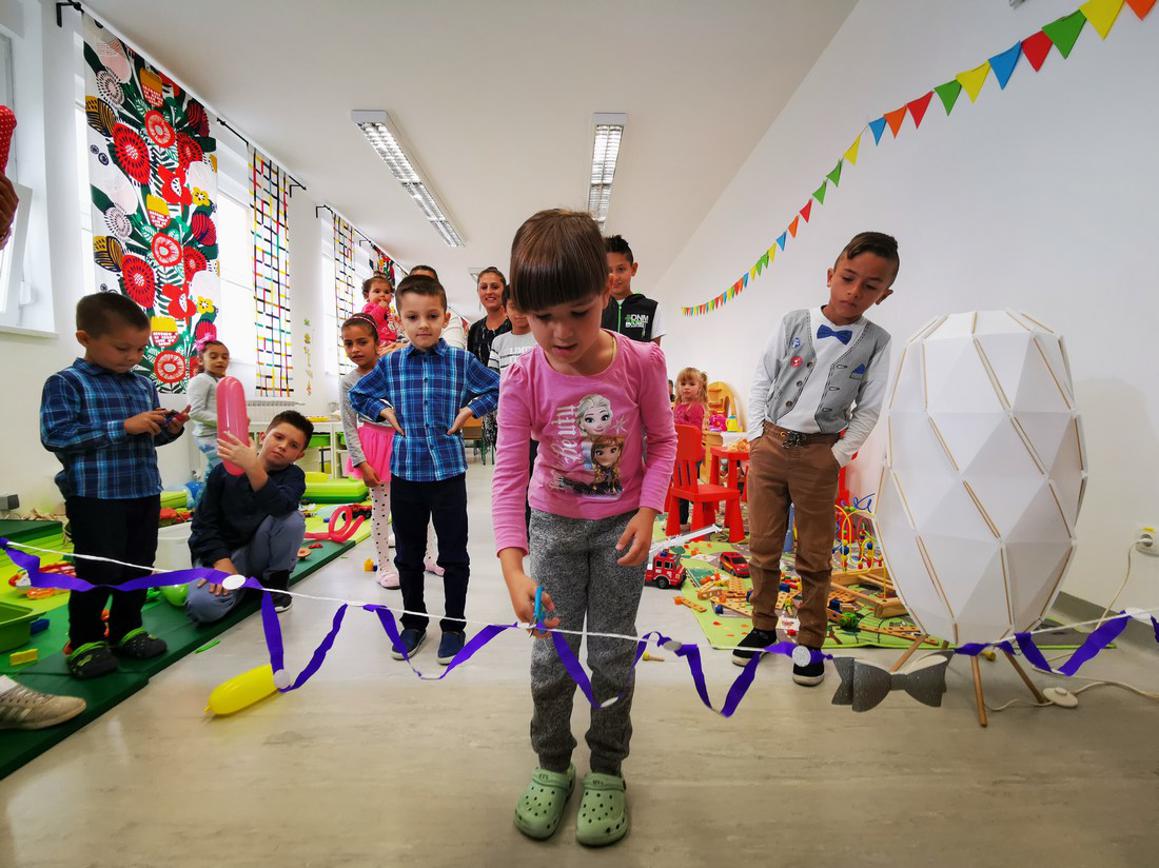 The new TOY for Inclusion Play Hub is located in Orehovica and is one of two in Croatia. The second one is active in Sisak.

We are very excited about the opening of a new Play Hub in Orehovica!

Orehovica is a municipality with 2.685 inhabitants in Međimurje County. A large Roma community lives there: 18,9 % of the whole population.

Most Roma speak Bayash as a first language and Croatian is their second language. According to the official data, all Romani children are enrolled in both school and preschool but retention and attendance rates are lower than country average.

The Play Hub is located in the primary school and opens twice a week. It organizes after school play sessions, reading aloud activities, arts and crafts as well as workshops for parents.

The Play Hub in Sisak

A second Play Hub is active in Sisak. It is located in the primary school of Braća Bobetko. Many children go there after school.

The creation of the Play Hubs in Croatia was made possible thanks to the  Open Academy Step by Step. For more information you can contact Sanja Brajković.