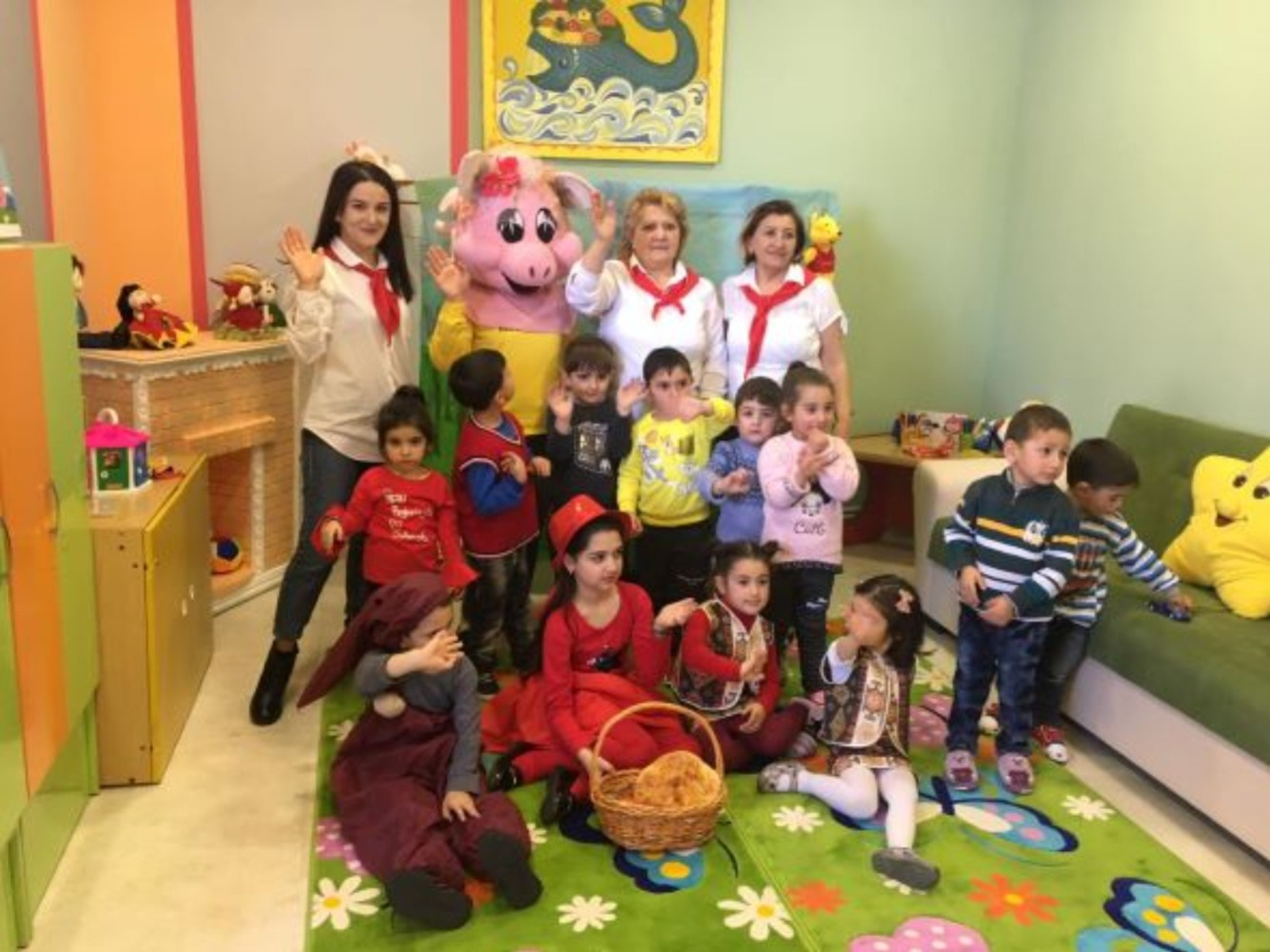 Sharing and learning: Advice from the war in Nagorno-Karabakh

Sharing and learning: Advice from the war in Nagorno-Karabakh

Continuing to learn and play amid disruption

As part of their emergency response to the conflict, the “Step by Step” Benevolent Foundation set up 11 Early Learning Corners in settlements where the internally displaced population was housed. The Early Learning Corners all received age-appropriate educational materials aimed at creating child-centred physical environments in which facilitators could engage children in playful and educational ways.

The activities in the centres included singing, working with posters, walking outside and learning about nature, as well as making train tickets to visit the magical forest. The SBS trainers noted in a report on the project that, “Imaginative play was an essential part of all the activities” as it stimulated the children’s creativity and distracted them from the current trauma and uncertainty. Additionally, the Early Learning Corners were invaluable in helping refugee children to continue learning and developing amid the upheaval, as they helped to re-establish a sense of routine and normalcy, and enabled the children to interact with their peers.

Psychosocial support for overcoming the effects of conflict

In addition to ensuring that internally displaced children were able to continue their education, the intervention was very timely and useful for internally displaced families facing a stressful and uncertain future. The Early Learning Centres offered valuable psychosocial support to both children and families, helping them process and overcome the psychological effects of the conflict and their losses, by providing a basis for post-conflict recovery and the integration of the families into society.

At the centres, facilitators worked with children to help them overcome fears, manage the effects of stress, and develop language and communication skills. Parents received individual counselling on their children's problems by facilitators who worked with them individually and provided them with a toolkit for understanding and overcoming those problems. A psychologist was also provided to work with children who had a hard time adjusting during the adaptation period.

The Early Learning Centres arranged additional meetings to provide the parents with tips on stress reduction and management. Throughout the process, internally displaced mothers gradually became involved in helping the main facilitator. The SBS trainers highlighted that “the involvement of mothers is a key component of the project as the everyday moments shared between a child and caring adults can be mutually healing.”

“The involvement of mothers is a key component of the project as the everyday moments shared between a child and caring adults can be mutually healing.”

The Step by Step Benevolent Foundation also disseminated resources that were used by facilitators in shelters with children.

Leveraging their unique experience to assist the Ukraine response

Currently, the “Step by Step” Benevolent Foundation is playing its part in supporting Ukrainian children and families, as well as ISSA Members in countries receiving Ukrainian refugees by sharing the experience that they gained during the conflict in Nagorno-Karabakh. They are doing this by deploying resources that they developed and used during the conflict in order to strengthen the response and learning across the ISSA network.

The package of resources they developed includes a set of thematic units for use by facilitators and refugee mothers in shelters. They cover topics such as: “Emotions and Feelings,” “We are Healthy and Safe”, “Building Houses”, and “Reading Together”. These units can be delivered to facilitators and refugee mothers during short, one-day workshops, and include activities targeting children’s various developmental domains. With support from the ISSA Secretariat, some of these resources will be translated into English and Ukrainian, and other partners may request to translate them into their own languages in their future project proposals.

Alongside these resources, the “Step by Step” Benevolent Foundation also used UNICEF’s “Early Childhood Development Kit Guidance” ­­­- a manual which they translated into Armenian and adapted. Group facilitators in the shelters used these materials and added excursions, drama and imaginative play, and celebrations to help the children.

Marine Mkrtchyan, the Executive Director of the “Step by Step” Benevolent Foundation tells ISSA that, “We will be happy to share our experiences and how we used the resources during the war in Nagorno-Karabakh.”