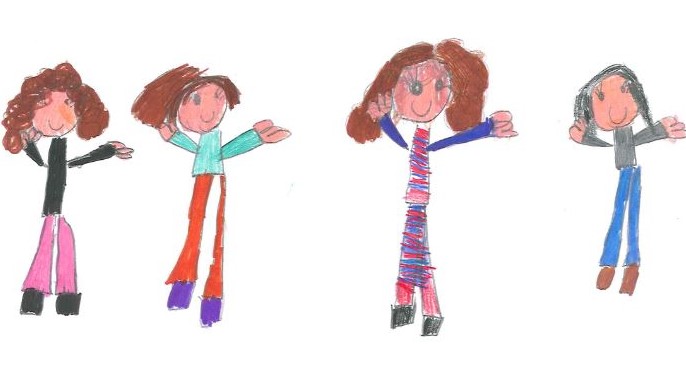 Sustaining inclusive transitions in times of reform: toward the co-construction of an integrated ECEC system in Italy

The introduction of an integrated ECEC system in Italy provides a unique opportunity to bring attention and raise awareness to the topics of educational transitions and pedagogical continuity. Focusing on the developments taking place in Emilia Romagna Region (EER) after the Education Reform Acts of 2015 and 2017, the Policy Baseline Study carried out by the UNIBO research team as part of the InTrans project looked closely at early changes within the childcare and preschool sectors, seeking to shed light on hurdles and pathways for improving pedagogical continuity and smoothing transitions.

In recent times, an important reform of ECEC was enacted in Italy to overcome the previously existing split system. Up until the year 2017, the overall governmental responsibility for childcare provision (nidi d’infanzia) laid with the Ministry of Welfare – with responsibilities for regulation and funding devolved at regional and local levels – whereas the governmental responsibility for preschool institutions (scuole dell’infanzia) was centralized at national level under the Ministry of Education. Since Law 107/2015 and its implementation decree (Law Decree 65/2017) was enacted, an integrated system of ECEC was created under the Ministry of Education. The emergence of integrated ECEC is a watershed moment in the history of Italian early childhood services, and yet its establishment comes with multiple challenges. The Reform of the integrated ECEC system introduced by these two crucial legislations lead, in fact, to a profoundly renewed scenario where a unified cycle from 0 to 6 years is progressively being realized starting from the existing 0-3 and 3-6 provision. In this context, a unified pedagogical framework was launched for public national consultation in March 2021 (the English video recording of the event can be accessed here) and officially approved by the Ministry of Education in November. Within such a framework, the interprofessional collaboration among early childhood educators and teachers is encouraged for sustaining smooth transitions of children and families from daycare to preschool, as well as to facilitate continuity of pedagogical approaches and educational practices across 0-3 and 3-6 services.

How is the InTrans Italian case contributing to this process at regional and local levels?

Against this background, the Italian Policy Baseline Study conducted by UNIBO within the InTrans project was set out to facilitate large-scale dissemination of successful practices and organizational models for improving vertical continuity across daycare and preschool institutions, as well as horizontal continuity between home and ECEC institutions. The full implementation of the Reform on the 0-6 integrated system will first and foremost require the activation of local action plans and pedagogical projects in order to harmonize the current discrepancies between childcare and preschool provision. In the light of this reality, the UNIBO team within INTRANS is currently carrying out a series of initiatives to:

Early results from the Italian Policy Baseline Study, conducted as part of the INTRANS project, point towards three fundamental areas of focus for local governments' development efforts of structural and pedagogical continuity between ECEC segments.

The first area of focus that was identified refers to the broad category of high-quality provision, and recognizes growing interest towards 'vertical' dynamics of transition in the renewed commitment to quality in ECEC taken by the 2017 Act. The embrace of a new, multidimensional, notion of quality by local ECEC authorities, in other words, could see the attention to continuity from childcare to preschool elevated from what was once a near-exclusive concern for organizational management to a central educational aim for the reformed ECEC sector.

The second area of focus highlights the strategic importance accorded to ECEC accessibility by the Reform and stresses the increasing concern shown by local government officials towards structural barriers to participation, such as high enrolment fees and lack of places in public childcare.

The third area is linked to the gradual consolidation of a coordination infrastructure at the boundary between childcare and preschool systems. The mainstay of this infrastructure is represented by a set of increasingly formalized and regulated platforms for inter-institutional networking and exchange between ECEC providers (state-maintained, municipal and private settings). These settings are seen as central to the integrated project envisioned by the Reform: on the one hand, they greatly facilitate the dissemination of successful transition practices among local stakeholders; on the other, by bringing together stakeholders from municipal councils and State education, alongside senior practitioners and coordinators from several different types of provision, the platforms have the potential to evolve into a key node of exchange to promote the evaluation of bottom-up policy innovation by public officials, as well as to streamline and facilitate advocacy engagement.

Bringing together different stakeholders: facilitating dialogue around challenges and opportunities

These results were presented at a seminar entitled 'Which future perspectives for co-building the integrated education system?' ('Co-costruire il sistema integrato 0-6: quali prospettive?'), held at the Bertin Education Department, University of Bologna, on November 15, 2021.

The seminar was organized and co-directed by Lucia Balduzzi and Arianna Lazzari, coordinators of the Early Childhood Education Policy research group at the Centre for Educational Studies on Children and Families (CREIF). The organizers intended that the meeting should bring together and facilitate dialogue between different stakeholder groups, while also providing a platform to discuss research and in-service training activities undertaken during the INTRANS project, in the larger context of the implementation of the 2017 reform.

In the first part of the seminar, Lucia Balduzzi (Department of Education, University of Bologna), Arianna Lazzari (Department of Education, University of Bologna), and Nima Sharmahd (VBJK Centre For Innovation in the Early Years) presented challenges and opportunities connected to the creation of an integrated education cycle from birth until 6 years of age. The interventions paid particular attention to the direct linkage between pedagogical continuity and inclusiveness of ECEC services, with a special focus on professional development pathways which could support practitioners in pursuing these goals by working across institutional boundaries.

The second part of the seminar saw a round table discussion on the overlap and divergence between the long-term goals of the integrated system and short-term implementation targets. The five invited panellists were Elly Schlein (Deputy President of the Emilia-Romagna Region), Bruno Di Palma (Deputy Director of the Regional Schools Office), Francesca Puglisi (Senior member of the cabinet of the Minister of Education), Aldo Garbarini (Representative of the Gruppo Nazionale Nidi e Infanzia organization) e Alessandro Rapezzi (Member of the National Board of the Federation of Knowledge Workers of the General Confederation of Italian Labour FLC-CGIL).

The seminar was well attended, with around 150 participants, suggesting a broad and growing interest in debating the challenges facing the multi-level implementation of an integrated 0-6 cycle, as well as a curiosity about how existing training paradigms will shift during the transition towards larger and more central 'boundary zones' between early childcare and preschool.

Photo: 'Drawing by Viola, a 6-year-old girl depicting her idea of making friends during transitions from preschool to primary school. The picture was taken from the Italian case study within the START project, November 2016.

- All conference materials are now available online on the CREIF website here: https://centri.unibo.it/creif/it/agenda/co-costruire-il-sistema-integrato-0-6-quali-prospettive. Video of the presentations can be viewed at: https://www.youtube.com/watch?v=GtUDDmneyoI

- For other InTrans Policy Baseline Reports in Belgium, Finland and Slovenia, visit https://www.issa.nl/content/intrans-policy-baseline-reports